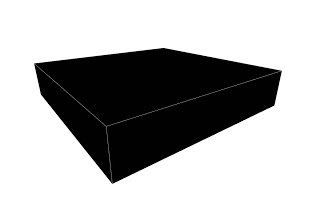 What is the distance between life and art? How elevated are artistic manifestations?
And what’s Lighting Design got to do with it?

One may say that there are more differences than similarities between Stage Lighting and Architectural Lighting when it comes to the design process, to the core of the job or even the attitude towards the discipline itself.

The truth is that there are many differences and the first, and in my opinion the main, may be the opposite starting point: Stage Lighting reveals action from the dark – the famous Black Box, and Architectural Lighting on the opposite, relating itself with daylight, so a possible White Box.

One may say that are completely different universes and that they are supposed to be left each one in its place. But the fact is that they are not really independent realities and to prove this, the fact that the beginning of the beginnings of Architectural Lighting is intimately linked when were Stage Light Designers that helped to solve initial questions. Then the most recent creative theatrical solutions’ influences that are transported from Stage to Architecture, with the use of new profiles and the control systems development that promote the merging of contexts, the blurring of borders.

Modern in Architecture means past and it’s good that some clarity in words is applied in order to avoid further misunderstandings.

Many references of the Architectural Lighting Design started their successful career on stage, where many disciplines converge to performance and to an audience. Just a few names, from the precursor Richard Kelly to the reference Howard Brandson, to younger practicians like Morice Brill, Peter Gasper, Kai Pippo, etc…
… and to all, Jennifer Tipton is maybe the reference of the references.

We are deep on a transition zone from modernity to contemporarily where, more than the communication itself, is the speed of communication that gives importance to the message. So, on this zone where the forth dimension – time – becomes fundamental, where the communication between the city and its inhabitants is lacking some clarity, new languages and new speeches must be welcome to try to link citizens expectations and new cities immediate demands. The High-Tech design is what we have to deal with these days in a society that tends to digital.

Regarding Time, a stage production may take years as a large-scale architectural project does normally. The fact is that, in the context of an Architectural project, if it ends up not being realized, it still may be considered a Good Project and earn an honors mention and press and pears recognition. The same is impossible with a Stage context project, that if it ends up not being confronted with the audience is simply a complete failure, a disastrous production.

Another example of this Time distinctive relation is the public acceptance takes form. On stage the global performance is judged immediately after the presentation, and intuitively the audience applauds or boos the play the very few seconds after the lights go off or the curtain falls.
With Architecture you can take your own rhythm to get convinced or not by the proposal, to rethink your relation with the space and discover unrevealed details.
This deals with the capacity to synthesize and communicate. The capacity to convey ideas and emotions, to suggest mood and environments on Stage Lighting Design is tested on a relatively short period of time, up to a present maximum of three hours of an Opera I would say. Instead, the Architectural Lighting Design project has days, months and sometimes years to reveal its totality.